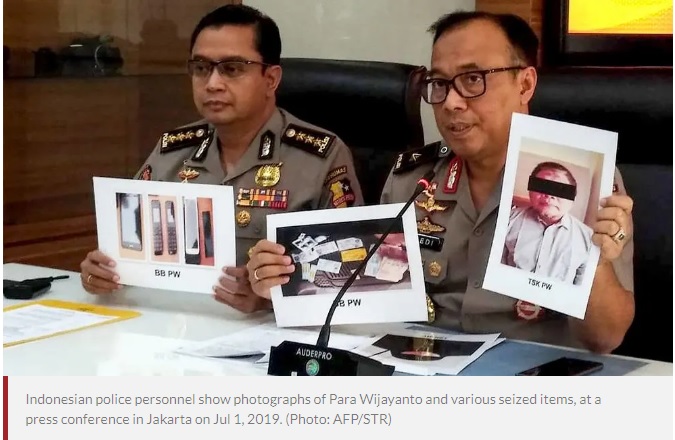 “The defendants prepared cadres to go to Syria as well as supported them financially while on the mission,” presiding judge Alex Adam Faisal told the East Jakarta District Court.

The court said Wijayanto, 56, who took over JI’s top job in 2009, recruited Indonesians to fight and train with groups, including an Al-Qaeda linked organisation, opposed to Syrian leader Bashar al-Assad between 2012 and 2018.

The case against Wijayanto and Trikaryanto also included charges of belonging to a banned organisation.

Indonesia outlawed JI in 2008, making it illegal to belong to the group, and cracked down on its network as the world’s biggest Muslim majority nation grappled with a string of extremist attacks.

JI has been overshadowed in recent years by militant groups loyal to Islamic State.

But the organisation was once synonymous with terrorism in Indonesia and has begun to rebuild its membership, according to security experts.

Most victims were foreign holidaymakers from more than 20 countries but Australia suffered the biggest loss, with 88 dead.

In subsequent years, JI carried out a string of deadly attacks, including a 2003 car bombing at the JW Marriott hotel in Jakarta that killed a dozen and a deadly suicide car bomb the following year outside the Australian embassy.

The Southeast Asian nation’s last major militant attack was in 2018 when a family of suicide bombers attacked several churches in its second-biggest city Surabaya, killing a dozen.